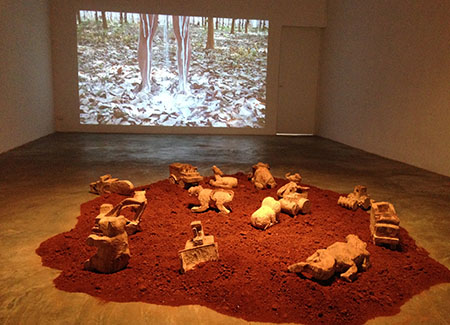 This curatorial visit and art scene research in Cambodia was made as a part of annual international exchange program from Arcolabs in 2014 presented by The Mission of the Republic of Korea to ASEAN. The main purpose for this program is to enhance network and collaboration between People’s Republic of Korea and each of ASEAN countries through art project. Arcolabs curatorial team arrange research trip to several countries, including Cambodia, to learn more about participating artist and art scene in the country. Prior to the visit, researcher has made contact with Sokuntevy Oeur and her representative gallery: Java Arts. This report will share overview of the artist, insights of Cambodia art scene and review on some prominent art space.

Sokuntevy Oeur (Tevy) – the artist
Tevy lives in an apartment above a painting shop in front of the Royal University of Fine Arts in Phnom Penh. She rented the space for herself and her fiancé and as her studio. Her apartment has one pantry, one bedroom, a terrace and one studio room.
[UPDATE] Dec 2014 they were married and plan to move to Berlin in 2015 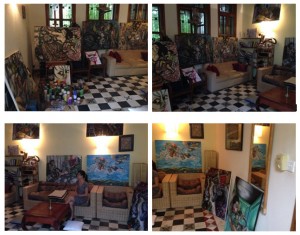 These are the view of her studio. She is used to working with 120 x 90 cm canvases by sitting on the floor as shown in the top left photo where she is working on one painting at the moment.

She was born in Battambang, a city 4 hours drive from Phnom Penh. As a child she liked to draw very much and continued her studies to Phare Ponleu Selpak art school in her hometown. After she finished her studies, her parents wanted her to study accounting so that she could get a steady job and get married soon. She tried to quit painting for 2 years but then decided to run away from her home when she turned 20 in 2003. Her talent was found by Dana Langlois, founder of Java Arts and they have worked together since then. When she arrived in Phnom Penh, she explored other media such as sculpting and installation but then decided that she wants to focus on painting because that is what she likes to do the most.

She is very articulate when talking about her artwork and ideas. She often portrays changes in Cambodian society in present times with the influence from western culture and technology. Female figures appear in most of her paintings, she said this is so that she can put her point of view as a woman in the painting. She refused to be referred to as a feminist because she doesn’t think her point of view was inspired much by the genre. Her ideas come from her own experience and stories told by her friends. In her paintings, women are often portrayed naked to represent her open minded views as a woman. Some curatorial statement mentioned that she has a surrealist style. She accepts this as she doesn’t really know her own genre. She said that she only draws based on her ideas and intuition and that this visual style suits her imagination.

Her short term goal includes: to broaden the Cambodian art scene and learn new things abroad. She will move to Berlin, Germany maybe next year or the following year because she will marry her German fiancee this November. She is very excited and also anxious to live in Berlin. As a female artist she sees herself representing some young Cambodian women with open minded views on the society.

Brief view of the Cambodian Art Scene
The Cambodian art scene just started from the year 2000 after they began to rebuild their culture from zero. Artists are divided into two main themes: traditional and contemporary. Traditional means the painting of Angkor Wat temple, Apsara dancers, and other religious (Buddhist) related themes. These themes are considered to be Cambodian identity by the government and most of Cambodian public. The government only supports these kinds of themes. It is a mandatory theme for public art schools to teach.

The contemporary theme just started to be seen in around 2004 along with the opening of several art spaces and galleries in Phnom Penh and Battambang. Media art is still in an early stage of exploration mostly limited to single channel or multi channel video and sound art.

2. Phare Ponleu Selpak/PPS (Battambang)
A non-profit Cambodian association working with vulnerable children, young adults, and families through 3 interwoven fields: Art school, social support and educational programs. Founded in 1986 in a refugee camp on the Thai-Cambodian border, PPS operation is funded by international NGOs. Most of Cambodian emerging artists are graduates of this school. Some of them have already moved to Phnom Penh. Art school is divided into 2 majors:
– Visual & applied arts
– Performing arts

3. Phnom Penh International Institute of the Arts (Phnom Penh)
Associate and Bachelor Degree programs In Music, Art, Dance. Established in 2014, at the beginning this school will focus on their music department. 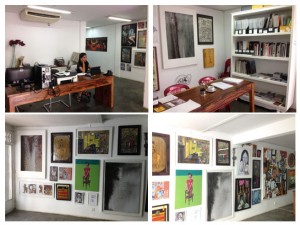 JavaArts is a cultural enterprise that was launched in partnership with Java Café & Gallery in the year 2000 in Phnom Penh, where it operates a gallery and arts lab. Supported by the café and gallery activities, JavaArts is a platform for the development of contemporary visual arts in Cambodia. It works to sustain arts practice for artists, researchers, curators and other creative practitioners and has provided a launching pad to many emerging artists who have since gone on to become prominent figures in the contemporary art world. They currently working on their archive.

Director’s view on Tevy as an artist:
Tevy is a strong-willed woman brave enough to leave her family and hometown to pursue her dream as a full time artist. There are not many young Cambodian artists who can survive as full time artists. They mostly do double jobs by working as gallery assistant, shopkeeper or art teacher. Her ideas developed around social phenomena in her surroundings and her dreamy imagination. I believe she will grow as a professional artist in the future. 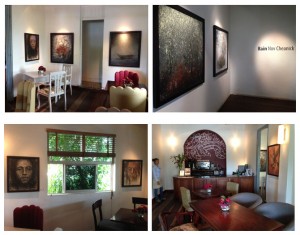 Java standpoint as art space:
The gallery is in conjuction space with Java Café, serving coffee and western food.
The 1st floor is fully air conditioned and serves as a coffee shop. The 2nd floor is semi-open air and serves as gallery. This place is crowded at lunch and dinner times mostly with foreign workers in Phnom Penh. Dana acts as both director and curator for Java. She selects the artists to work with Java Arts and represents several internationally acclaimed and emerging young artists. As one of the first contemporary art galleries in Phnom Penh, Java Arts is taking part in shaping the future of Cambodian arts. 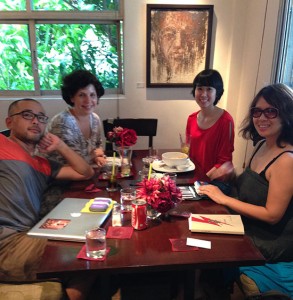 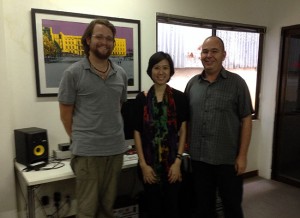 With Meta House director and manager

In January 2007, German filmmaker Nico Mesterharm and his Cambodian team opened Phnom Penh’s META HOUSE in association with the International Academy at the Free University of Berlin. Located in the heart of the city, Cambodia’s first art/communication/media center is just a few minutes away from the riverside and Royal Palace.

Boasting more than 100 sq. metres of art exhibition space and an open-air media lounge on the rooftop overlooking Phnom Penh, the three storey gallery offers an excellent space for artists-in-residence and visiting artists to interact. META HOUSE actively supports Cambodian artists and promotes the development of contemporary art in Cambodia through local and international exhibitions, workshops, community-based projects, artist exchange programs and by fostering links with South East Asian and international universities, galleries, curators, non-governmental and governmental organizations. Meta House often has joint projects with the Goethe Institute who share the same building and the links are strengthened by the founder’s German citizenship. They have 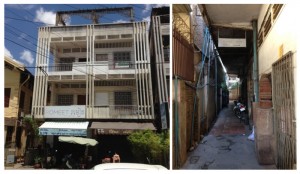 Located on the second floor of this shop house, Romeet is a gallery of Phare Ponleu Selpak art school. Their regular and annual programs are exhibiting works by the school’s students and graduates mostly for commercial purposes. 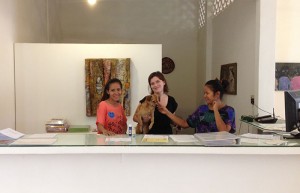 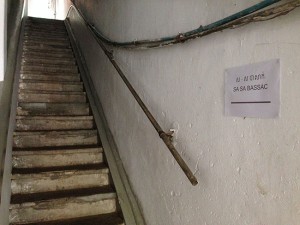 Sa Sa Bassac is both an expansion of Sa Sa Art Gallery and a merger with BASSAC Art Projects. Sa Sa Art Gallery was founded in 2009 by the Cambodian artist group Stiev Selapak, or Art Rebels. Its original members were Vandy Rattana, Vuth Lyno, Khvay Samnang, Lim Sokchanlina, Kong Vollak, Heng Ravuth. BASSAC Art Projects was founded in 2007 by Erin Gleeson, a curator and scholar of contemporary art from Cambodia, to support curatorial and educational practices in the visual arts by providing studio space, publications, and travel support for emerging Cambodian artists.

4. Sa Sa Art Project
http://sasaart.info/index.htm
Vuth Lyno, founder
Lim Sokchanlina, founder
Khvay Samnang, founder
Sa Sa Art Projects is Phnom Penh’s only not-for-profit artist-run space dedicated for experimental art practices. It was founded in 2010 by the Cambodian arts collective Stiev Selapak and is located in a historic and vibrant apartment complex known as the White Building. They have residency space, library and art space in the building. The building used to be an apartment complex for performing artists during the colonial era. After the cultural revolution, the building became a slum area. The art collective strives to empower people who live in the building by a series of workshops, projects, and events involving them.

The White Building from the street and inside the building. Lina Lim, one of the founders insisted on meeting me outside the building to walk together to their space. Later on I understood his reason. It is considered unsafe because they only have minimum light in the apartment alley, the stairs have no railing, and shards of beer bottles are spread here and there along the way to their space.

Lina Lim and artist in residency from RMIT, Australia. 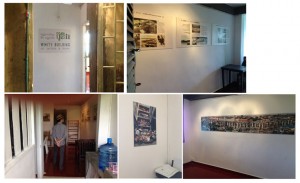 The White Building archive, library, and space in another unit inside the building.

Researcher’s personal note on this trip
Accommodation: Frangipani Fine Arts Hotel
A good bargain for comfort and location. They use the name “Fine Arts” because it is located near the Royal University of Fine Arts and next to Romeet Gallery. Convenient for walking around the area of the Royal Palace, Riverside, and Independence Monument.

Food: Khmer food
Delicious! I personally love it from the first bite.
It is good value for the money and has a wide range of choices from street food vendor, comfy café, family restaurant, and fine-dining experience. 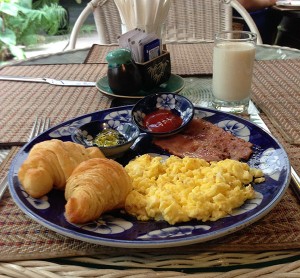 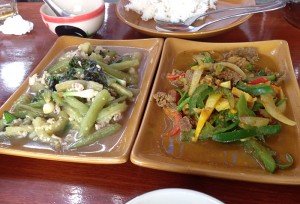 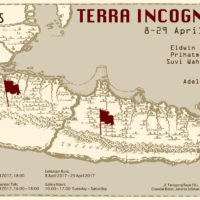 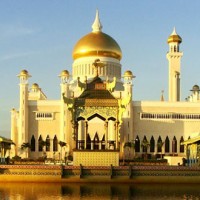 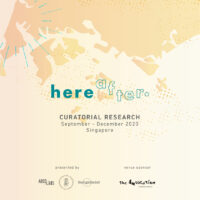 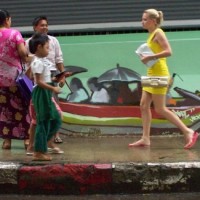