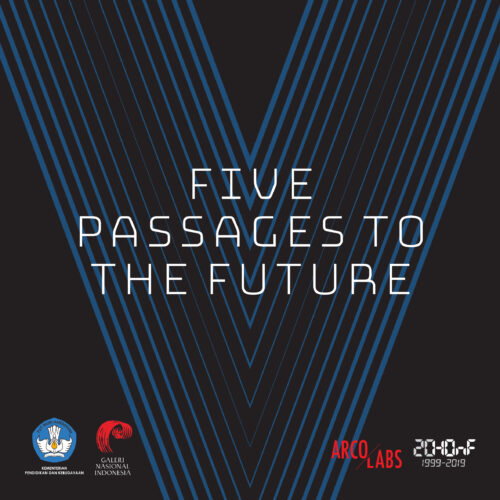 Artists today are often at the forefront in responding to numerous challenges in our society, and their art serves as a way of increasing a communal awareness of current problems and encouraging a collaborative effort to find solutions for the future. The notable challenges may include, but not limited to, energy shortage, ecological threat, climate change and science technology revolution called industry 4.0. Numerous efforts from various disciplines have been made to overcome these problems. One certain thing in solving these problems is that the long lasting idea of anthropocentrism (or human-centered) is no longer valid.

Cho Eun Woo
These installations function is an interaction within the process of the viewer, the robot, and the artwork that interfuses the whole scenario into a complete circuit. The work is bridging the distinction between science and cultural meaning – posing as a visual metaphor that brings science into the emotional domain of public discourse that opens up the process of self-reflection.

Digital Nativ
Industrial agriculture continues to ignore the health of ecosystems to meet the demands of a growing population. Inspired by the work of the Katingan Mentaya Project in rehabilitating and conserving peatlands in South Kalimantan, ‘The Commons’ seeks to highlight land management issues in Indonesia, and to recognize the need for regenerative practices that increase biodiversity to be valued equally, for the good of our common future.

Eva Bubla
The project aims to raise awareness on the effect of these human activities as well as the importance of green areas and plants in tackling pollution levels. Inspired by a 1989 NASA Report which researched and tested plants that are the most effective in purifying indoor air, the project researches and uses the Sansevieria plant (often called as snake plant or lidah mertua) to critically reflect on the topic of air pollution. The installation invites the audience to inhale the air ventilated from an incubated plant modu.

Shezad Dawood
Continuing an interest in how we experience time, and more specifically how the past continues to echo into the present, the artist uses the site of Kalimpong – a small town in West Bengal – as a bridge between the past and the present through an immersive virtual reality.

Synflux
Algorithmic Couture aims to democratize haute couture cus-tomization culture prevalent in the 19th century by revitalizing how we fashion our own style through personalization in the digital design process.

Agung Eko Sutrisno
This project is the first initiation of a longterm plan to research on the changing area of Citatah Karst region in West Java and how it affects the surrounding locals. The artist conducts site-specific research and performance to imagine how the karst slowly disappears, how fresh air is replaced by industrial smoke, and how Citatah locals will remember this area in the future.

Ariel Muhammad Zeian
This artwork responds to the social media phenomenon in our society. The image of the body represents private identity that is transparent and accessible by the public through social media. Maybe this is a paranoid outlook on systematic advancement, but this work aims to present a different point of view on data, humans, and technology.

Delpi Suhariyanto
This artwork is a sound installation that gathered specific data from the sewage system in Yogyakarta that is clogged by plastic waste. Taking the visual appearance of drainage channels by the street sides that are filled
with electric cables, this artwork uses a distance sensor that encourages the audience to closely listen and reflect on the long term effects of plastic use and pollution towards sustainable living.

M. Haviz Maha
The artist attempts to raise awareness on the impact of pollution towards marine ecosystems and nurture empathy for marine lives, especially among children who are the next generations. This project results from the artist’s teaching project, where he taught children age 5-12 in West and East Jakarta about sustainability.

Mira Rizki
The sounds of the industrious human civilization have intervened and disrupted the tones and sounds of nature. Animalresident is a sanctuary of
artificial sounds of man made creations, collected from the urban environment. The resemblance of this urban sounds with wild animals is a longing for mother nature and the sounds of its children. 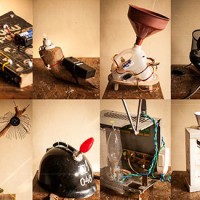 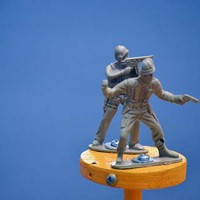 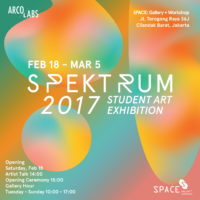 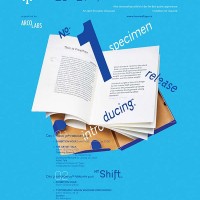