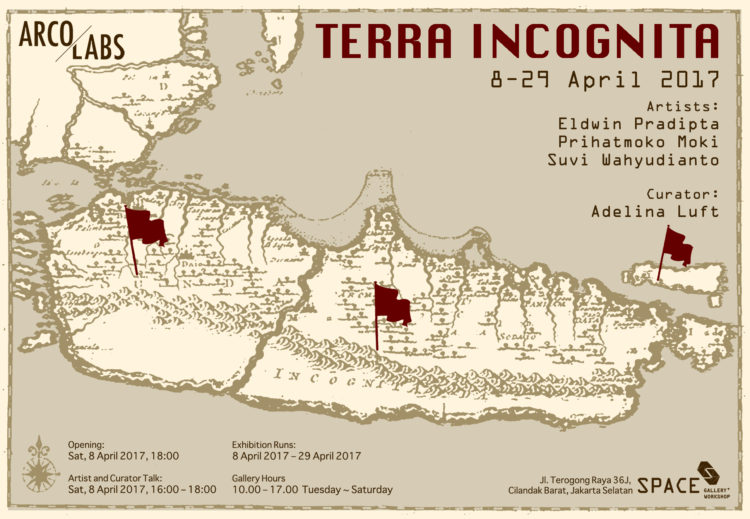 The Land, as a mental and physical entity, is heavily charged with past readings and traces incorporating a variety of attributes. If not always, land is a territory where conflicts over power appear, creating throughout the time a composite of layers, each indicating different relations between land and the inhabitants living on it. TERRA INCOGNITA tries to narrate distinct socio-political and imaginative dimensions of land from three different localities where the artists reside, to reveal current antagonisms triggered by our relation with the land. Artists in this exhibition individually researched archival materials related to the relational and conflicting local land narratives, playing at the thin border between reality and imagination. Using symbols, artifacts and visual constructions, the three young artists re-read meanings of past appearances with a view to question and disassemble contemporary land structures.

In his work, Eldwin Pradipta composes the landscape phases of Bandung’s city center from its historical formation towards the relation with the condition of the society today. The two video projections in the space reflect more explicitly the concept of land as palimpsest, where different time layers are superposed. The first layer returns to point zero when nature existed by default, juxtaposed by an acrylic layer representing the city of Bandung under Daendels as General Governor, marking the inception phase of the urbanization process. The third layer expands into the 3D image of the city center as we find it today, filled with architectural developments in a continuous progress. The artist reflects on the ambivalence between constantly looking into the past and actually accommodating the needs of the people.

For this exhibition, Prihatmoko Moki investigates the power relations between the Sultan Ground owned by Kraton and the larger delimitations of Yogyakarta as Daerah Istimewa (Special District). He departs from his previous research which focuses on the social condition of the city through the symbol of soldiers. For Arcolabs, Moki researched the initial story of the first sultan, Sri Sultan Hamengkubuwana I in drawing the city land borders between the positioning of the five mosques. The artist took the image of the gate, found as a common element in the mosques, to further question the territorial limits drawn by the higher power. He created a fictional map where the gates are spread at random, changing the idea of power relations that characterize the special district of Yogyakarta. The work contributes to the longstanding issue concerning conflicts of land, while at the same time reflects upon the decline of the power hold by the sultanate in an increasing urbanization.

Suvi Wahyudianto speculates with ethnographic methods of research the ecologies of land and architectural formations in shaping the character of Maduranese people. Looking at the layouts of house-holds distribution, Suvi recreates a Maduranese atmosphere where artifacts are exposed, distorted and fabricated. For the artist, land is always connected with family, homeland, and society, which overtly points to general stereotypes of being and acting attributed to his place of origin. In his current work, the artist wishes to deconstruct general stereotypes by creating a romanticized encounter with his personal and collective identity, informed by the larger ecologies of land.

The curatorial proposal aims to bring to the space of ARCOLABS in Jakarta various issues of land as encountered by the three young artists from Bandung, Yogyakarta and Surabaya/Madura. Within this territorial constellation, the audience is invited to reflect upon the contemporary landscapes brought forth by the artists and to further connect with the various land issues in the city of Jakarta, or even throughout the country itself.

Eldwin Pradipta, was born in Jakarta in 1990. He graduated from Faculty of Art & Design at Insititut Teknologi Bandung, majoring in intermedia art studio. He currently lives and works in Bandung. His works mainly explore video and digital projection as medium. For him, new media has an interesting position between high art and low art distinction. His works often focuses on the subject of populist or low art in Indonesia, in juxtaposition and dichotomized with objects and praxis of high art. The life of the people is also one of the background and recurring theme in some of his works.

Prihatmoko Moki (b. 1982, Yogyakarta – Indonesia) graduated from ISI Yogyakarta – Indonesia, Printmaking Department in 2009. He uses a multitude of media, from painting, drawing, printmaking/silkscreen to comics, and murals. In his recent body of works he explores historical views in the relation between fiction and reality, while often referring to historical myths as a means to discuss and understand social contemporary situations.

Suvi Wayudianto (b. 1993, Bangkalan-Indonesia) graduated from UNESA (State University of Surabaya, Indonesia. In his works, Suvi scrutinizes the roots of Maduranese culture, starting from everyday observations, memories, to researching the history of events by using ethnography as method. He is also one of 20 finalist of REDBASE Foundation Young Artist Award in 2016, and finalist at Surabaya Art Award in 2012. In 2016 he took a residency program at ACE House Collective in Yogyakarta and currently is an artist in residence at REDBASE Foundation in Yogyakarta.

Adelina Luft (b. 1989, Romania) lives and works in Yogyakarta, Indonesia. After finishing Bachelor Diploma in Public Relations in Bucharest, she took a one year language and cultural program in Surakarta, followed by a scholarship for a Master degree at Gadjah Mada University, Yogyakarta, in Visual Arts Studies. She was involved in various art projects in Yogyakarta, as a Residency Coordinator during Biennale Jogja XIII, or coordinator for Forum Ceblang Ceblung (2014-2015). She worked as Exhibition and Program Manager at REDBASE Foundation (2016), and at the end of last year she took a 6-week residency program for young curators in Vienna. She also contributes with essays and exhibition reviews for art magazines. 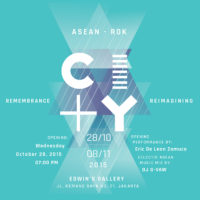 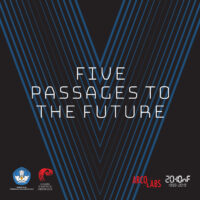 Five Passages to the Future 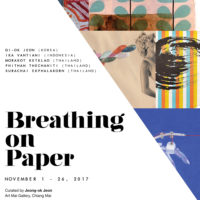 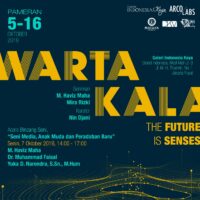 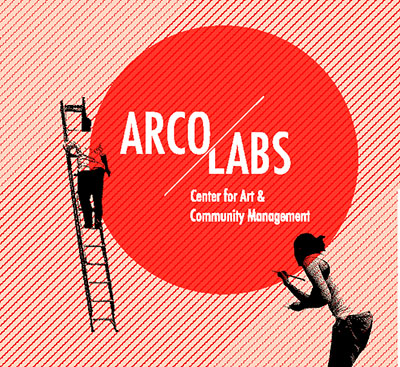